The definitive story from the 1970's of another of Manchester 17's great efforts to make our sport safer while having a great time by using the  resources and efforts of the clubs many and diverse skilled individuals. Read Ian Bradshaw's detailed story of this episode in the club history here.

This is one of the stickers designed for fund raising by Melvin Cranmer:

This is what Paul Tootall had to say about it in April 2016:

I remember well the Manx GP Helicopter fund effort. It was started in Spring 1971 by Keith Rhodes and Ian Bradshaw. Ian had been thinking about raising the 17 Club’s profile. The motorcycle press had drawn attention to the fact that whilst the TT was supported by helicopter, the Manx was not. After correspondence with the MGP Committee and meetings with the ACU and MGP team the initiative went ahead. The target was £1000 and by May 1971 £200 had been raised.

Collections were made at bike events all over the country, especially at Darley Moor and Oulton Park. 5000 posters were provided free by Norton-Villiers. 1500 clubs and dealers were written to and Irish Helicopters offered to provide the chopper at £750 for race-week.  In the end £1400 was raised and the 1971 Manx ran with rescue helicopter support for the first time. £500 was carried forward for the 1972 fund effort. In August 1973 Ian and two Isle of Man roving marshals alternately rode a loaned Triumph Trident round the TT Course for 24 hours to raise funds.

By December 1974 Ian was exhausted by all his efforts and the public were getting “charity-fatigue”. Now an Isle of man resident, Ian joined an MGP Committee to look at alternative funding for the helicopter from thereon.

Ian and Keith probably have photographs of those years.

The publicity Manchester 17 gained from these three years was immeasurable. Everyone in biking new our name. One winter evening in Barrow where I was working I attended an event to launch the new Formula Furness MCC. Eddie Crooks, Tony Jeffries and Stuart Applegate were there doing a celebrity Q&A panel. I won first prize in the raffle and donated it back in the name of the Manchester 17 MCC. I got a standing applause; everyone knew about the helicopter fund !

Ian and his grandson as pillion in June 2018 on Dan Kneen memorial lap of 'the island': 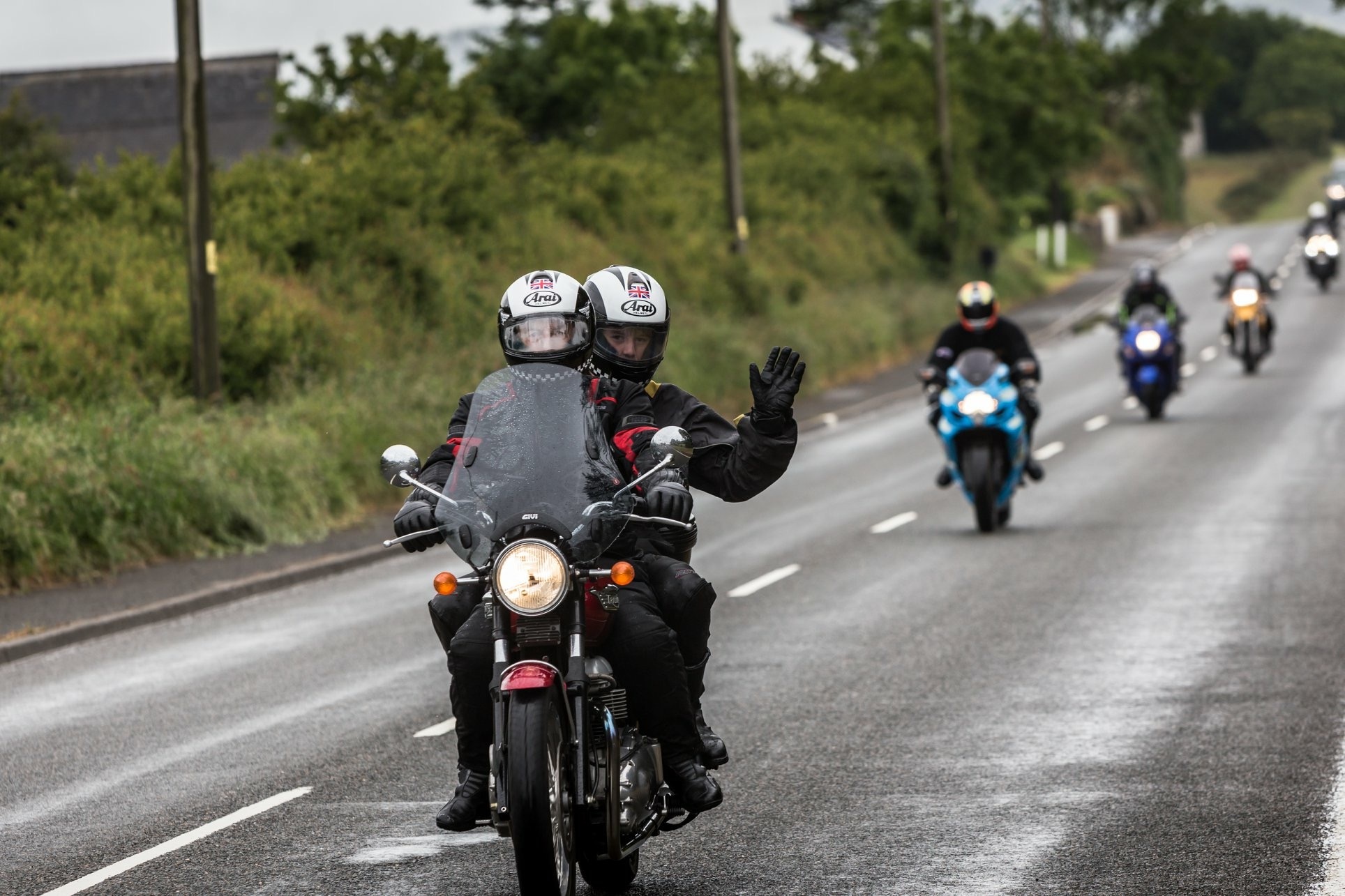 Ian Bradshaw in August 2018 posing with a replica of the bike on which he made his 24 hour ride of the TT Circuit: 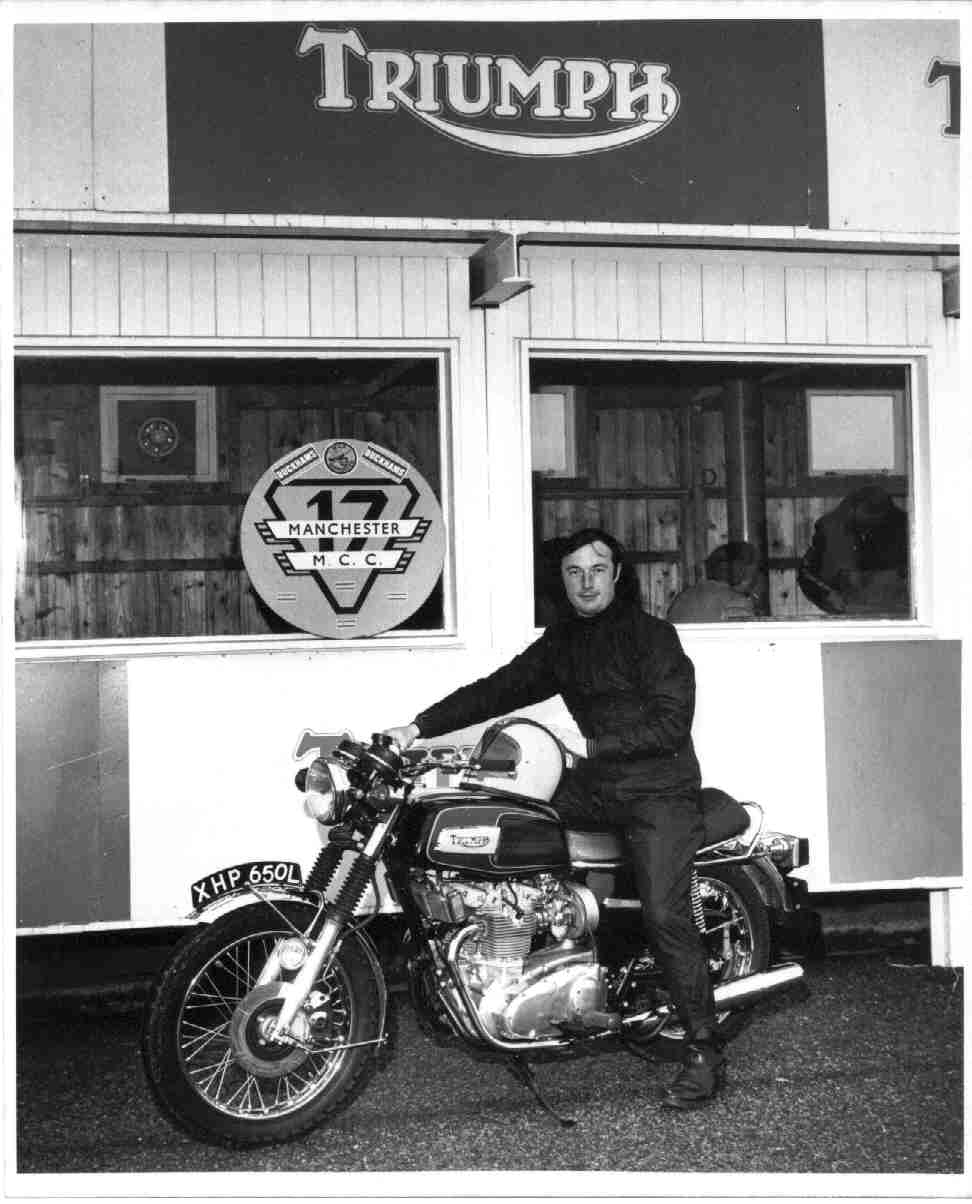